KARACHI: Australia declared on 556 for nine and then sank their teeth into Pakistan’s top order to maintain their upper hand in the second test at the National Stadium on Monday.

Debutant Australia leg-spinner Mitchell Swepson sent down four wicketless overs but made a telling contribution when his direct throw from backward point ran out Pakistan opener Abdullah Shafique for 13.

Imam-ul-Haq, who smashed twin hundreds in the drawn first test in Rawalpindi, was batting on 20 at the lunch break on day three with Azhar Ali on four at the other end.

Earlier Australia, resuming on 505-8, milked 51 runs in nine overs before declaring their innings immediately after crossing the 550-mark.

Skipper Pat Cummins smashed three sixes in his unbeaten 34 off 36 balls against a jaded Pakistan attack on a slow track.

Overnight batsman Mitchell Starc, who made 28, fell to the second delivery of the day when Shaheen Afridi had him caught at cover point ending the tailender’s 97-ball vigil.

Cummins swung his bat against the spinners and Swepson made 15 not out as they added 51 runs for the last wicket to frustrate Pakistan. 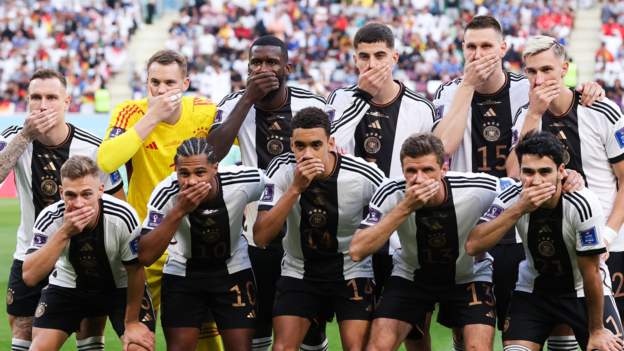