Reset, and refocus. After five days of hard toil on an unforgiving Antigua deck, the series swings south-east to Barbados, where the surface – to judge by a run of seven consecutive results since a tense draw against India in 2011 – ought to offer more for the bowlers on both teams to get stuck into.

If England’s recent experience at Bridgetown is anything to go by, that might not be the most uplifting of prospects. It was on this ground three years ago that they were blown away for 77 in their first innings, a catastrophic derailment that set them on their way to yet another failed Caribbean campaign.
And if they wanted a reminder of the Kensington Oval’s fortress qualities, a quick recap of January’s T20I series would suffice – West Indies emerged as 3-2 victors, with the home-town hero Jason Holder‘s final sign-off being the small matter of four wickets in four balls.

For the time being, however, the events in Antigua did at least inbue two very flaky batting line-ups with some rarely encountered optimism. After failing to reach 300 in any of their ten innings of the Ashes, England passed that mark in both innings of the first Test – and in so doing they recorded three centurions in a Test match for the first time since Rajkot on the tour of India in 2016-17.

The best of these belonged to Jonny Bairstow – a man with the red-ball bit between his teeth right now, following a similarly superb century in his previous Test in Sydney in January. An eternity has passed since Bairstow’s annus mirablisin 2016, in which time he has gone on to become arguably England’s most important ODI batter, and so all manner of caveats are warranted when discussing his sporadic Test form in the intervening years.
But having arrived at the crease at a familiarly bleak 48 for 4 on the first morning, Bairstow was hugely impressive in first rebuilding the innings in partnership with Ben Stokes, then kicking on after lunch and beyond to lay down England’s first big marker of this post-Ashes era. Zak Crawley in the second innings followed suit with a performance of similar self-denial, before Root put the bow on an encouraging display with his 24th Test century, and his first of 2022.
West Indies, however, found resolve of their own to claim an equal share of the batting plaudits. Kraigg Brathwaite and John Campbell posted fifty stands in each innings, slim pickings by most teams’ standards but an important marker for this outfit, before Nkrumah Bonner’s tour de force dragged West Indies to a first-innings lead of 64 – a non-issue in the final analysis, but the sort of advantage that might have proved vital had the pitch ever threatened to deteriorate.

In the bowling stakes, it was a case of two forward, two back and one almighty set-back for England. Sadly for Chris Woakes and Craig Overton, their alliance lived down to most expectations, particularly while West Indies were romping along at four runs an over with the new ball. And when Mark Wood went lame with a deeply worrying elbow injury, that lack of 90mph threat was all the more exposed.

And yet, out of adversity surged the inevitable Ben Stokes – a man who had been expected to ease his way back to fitness after the side strain that had so hampered his Ashes display. He ploughed through 28 overs in the first innings, his heaviest innings workload for seven years, and 41 overs all told for the outstanding figures of 3 for 66. He is not quite back to his 2019-20 peak, but these are his most encouraging signs since his career break last summer.
And then there was the spinner Jack Leach, whose best effort in an England shirt yielded match figures of 5 for 136 in 73.4 overs, including three of the four breakthroughs on West Indies’ final-day wobble. In the end he could not surmount either the pitch or the resistance led by Bonner and Holder over the contest’s final session. But his poise and control was revealed by the concurrent struggles of his opposite Veerasammy Permaul, who was never permitted to settle in either innings.
Ultimately, however, if it’s an England tour of the Caribbean, then the calibre of the hosts’ fast bowling is sure to be the final factor. In the most helpful conditions of the contest, Holder, Kemar Roach and Jayden Seales ripped open some very fresh wounds in their visitor’s batting, while Alzarri Joseph earned late reward in the second innings for some diligent old-ball work. Pound for pound, and with Wood’s injury factored in, that quartet had the edge over their England counterparts. In a series where both teams are prone to moments of chronic batting malfunction, the race to 20 wickets could be well and truly on this week.

Can Nkrumah Bonner back up the masterclass that he produced in Antigua? For more than 12 hours across two innings of the first Test, West Indies’ most fascinating late bloomer racked up 161 runs from 493 balls for once out – and even that flicker of weakness, at eight-down in the first innings, came via a leg-side strangle from the part-time allsorts of Dan Lawrence.

His innings were unrepentantly one-paced, and perfectly tailored to meet West Indies’ needs, as he first ground his team into a dominant position, then bailed them out just when it seemed their old batting frailties were set to burst forth. Bonner’s Test average is now just a nudge below 50, and like Shivnarine Chanderpaul, the man whose unflappability he most resembles, while he endures, his team has a solidity at odds with their recent reputation.

By all accounts Ollie Robinson is ready to return to the fray, and what a fascinating anomaly his career is turning out to be. On the one hand, England’s over-reliance on right-arm medium-pace seamers has been the story of their recent Test failings; on the other hand, Robinson comes back into the team with a haul of 39 wickets at 21.28 in nine of the toughest Tests imaginable – home encounters with the two best Test teams of 2021, New Zealand and India, and an away Ashes in which he was never less than a handful with 11 wickets at 25.54.

The concerns about his conditioning are mounting, however. There were some strong words spoken when he went lame in Hobart, and amid the furore of Stuart Broad and James Anderson’s omission, his likely return comes laced with a fair degree of expectation.

West Indies have named an unchanged 13-man squad, with reserve batter Kyle Mayers and Anderson Phillip, the uncapped Trinidad fast bowler, once again waiting in the wings. After their relative success in Antigua, the likelihood is an unchanged XI, although given that the spinner Permaul went wicketless in both innings, there could yet be the temptation to reinforce the batting with Mayers and rely on the four quicks.

Robinson has been back to full pace in the nets and looks set to be handed a recall after missing the first Test with a back spasm, but Wood’s “acute pain” in his right elbow is a major concern. The absence of his cutting edge may necessitate a maiden call-up for the Lancashire quick Saqib Mahmood, while there are obvious questions to be asked about the suitability of Woakes and Overton in these conditions after a toothless display in Antigua. Given that both men lend depth to the batting, one or other may be spared – potentially Overton, on the strength of his old-ball efforts. 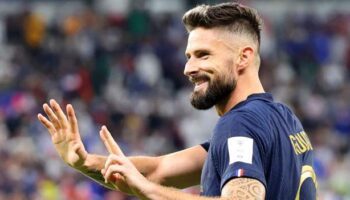