“He analyses not only our team, but the oppositions’ weaknesses – he sees the game in a unique way” – Shanaka on Jayawardene

Avishka Fernando has not hit a T20I fifty in 21 innings. But in the last four matches – two practice games against an Oman side, and in Sri Lanka’s warm-ups against Bangladesh and Papua New Guinea – he has made scores of 83* off 59 balls, 33 off 18, 62* off 42, and 61 off 37.
These were perhaps lower-intensity matches than regular T20Is, but there was also a positional change that Sri Lanka believe allowed Fernando to run up these scores. Though he is usually a top three batter, he has now been moved down to No. 4. Ahead of Sri Lanka’s tournament opener against Namibia, coach Mickey Arthur revealed that it was a data-driven insight from Mahela Jayawardene – who is Sri Lanka’s consultant for the first round of the tournament – that had prompted the change.
“Avishka is very comfortable at No. 4,” Arthur said. “We had a bit of a brainstorming session, and Mahela came with a plan. He had a look at stats which he sent on to Dasun Shanaka and myself. It was pretty clear that No. 4 was a good fit for Avishka in terms of the brand of cricket we wanted to play. Avishka will bat at No. 4 tomorrow, definitely.

“With Avishka, we know that after 15 balls, he strikes at 160. It was just getting Avishka to those 15 balls. Up front he just puts himself under a little bit of pressure in terms of dot balls. So when he’s come in at No. 4, generally the field has been back, which has allowed him to rotate strike and got him into the innings. Which gets him to the point where once he gets in, he’s almost unstoppable. We sort of tinkered with it and tried it, and touch wood, it’s worked so far. Let’s hope that continues through the tournament.”

“One of the reasons I was so excited to work with Mahela was because I worked with him a long time ago when he was still playing, in franchise cricket, and I was struck by his ability to analyse the game exceptionally well”

Long before Jayawardene was a highly respected franchise coach (having now got a Hundred title under his belt, in addition to three IPLs), he was renowned for his strategic nous as a player and as a captain.

Both Arthur and current captain Shanaka lauded Jayawardene for the inputs so far.

“We get a lot of help from him,” Shanaka said. “He’s got a lot of experience. He analyses not only our team, but the oppositions’ weaknesses. He sees the game in a unique way. He’s already contributed a lot, and we’re looking forward to getting more from him through the tournament.”

Arthur had this to add: “Mahela’s contributed a massive amount. One of the reasons I was so excited to work with Mahela was because I worked with him a long time ago when he was still playing, in franchise cricket, and I was struck by his ability to analyse the game exceptionally well. I think his cricket brain is amazing. We’ve had some good chats, and some good debates.” 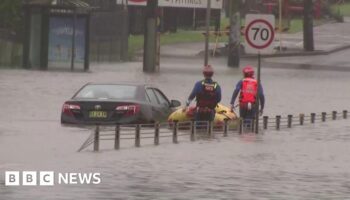