Tymal Mills has been ruled out of the T20 World Cup, with Reece Topley taking his place in the 15-man squad.

Mills, England’s joint-highest wicket-taker in the tournament, left the field midway through his second over against Sri Lanka in Sharjah on Monday, immediately calling for a substitute fielder, Sam Billings, to replace him before heading straight to the dressing room.

He subsequently underwent a scan which confirmed a right thigh strain, a similar injury to the one he sustained in 2018, which also ruled him out of the rest of that English season.

It is a cruel blow for Mills, 29, who has been dogged by injury throughout his career – including a degenerative back condition that he feared would end his career prematurely and which led to him wearing a back brace for three months last winter after suffering a stress fracture.

His appearances at the T20 World Cup had been his first for his country since February 2017, and came about after a long-term elbow injury to Jofra Archer had left England seeking a dependable white-ball quick to fill a massive gap in their plans.

Mills had started the tournament brightly with figures of 2 for 17 against West Indies and 3 for 27 against Bangladesh, and though he was more expensive against Australia and Sri Lanka, his pace, left-arm angle and ability to bowl through the middle and at the death helped him balance England’s attack.

Mills’ absence left England short on death-bowling options against Sri Lanka, other than Chris Jordan, with Tom Curran the only unused squad member who bowls a high percentage of his overs at the end of an innings. Any of Curran, Mark Wood and David Willey could replace Mills in a straight swap, or England may consider rebalancing their side, leaving out a batter and bringing in two seamers to give them more options with the ball.

Topley, who has been in the UAE as a travelling reserve, will step up to the main squad immediately, and could be in contention to play in England’s final group game against South Africa. His pace and left-arm angle replicates that of Mills, and gives England another pace option to go alongside the existing alternatives. 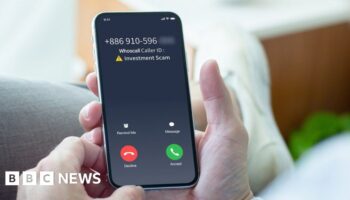