Marcus Harris‘ magic touch continued at Drummoyne Oval, where the opener snaffled a one-handed catch to help Victoria secure a 204-run Sheffield Shield victory over NSW.
NSW, set a target of 339 when Peter Handscomb declared late on day three in Sydney, resumed at 1 for 33 on Saturday morning. The hosts were bowled out for 134, with top-scorer Peter Nevill fighting hard to almost drag the contest into its final hour but eventually running out of partners.
Former Test keeper Nevill remained unbeaten on 29 from 129 deliveries, with Tanveer Sangha’s dismissal to Jon Holland ending the match.
On-song paceman Scott Boland, who snared the key scalp of captain Kurtis Patterson with a delivery that kept low and struck off stump, finished with a match haul of 7 for 73. Boland also removed Gilkes and Jack Edwards on day four. Edwards, Sean Abbott, Trent Copeland and Nathan Lyon faced a combined 209 balls during NSW’s stonewall.

Friday’s centuries from Harris and Handscomb put their side in the box seat for victory, while also sending a timely reminder of their talent to national selectors. Harris then held catches to dismiss Matthew Gilkes and Abbott on Saturday, with the former a sensationally sharp effort at gully.

“I’m not sure he saw that,” Handscomb said. “It happened to stick…it was awesome. In terms of his batting, he’s picked up where he left off last season for Victoria and also in England this year.

“He’s in red-hot form. Great for him to come out here and do this in the first game. Especially with the Ashes coming up, he can take a lot of confidence going into that.”

Handscomb noted he would relish a chance to play for Australia A or Australia in coming months but was looking no further ahead than the MCG clash with NSW that begins on Friday.

“If that opportunity came, I’d grab it with both hands,” Handscomb said.

Prodigy Will Pucovski, who sat out this match because of concussion, and express paceman James Pattinson, who recently retired from international cricket, are likely to return next week.

“What a good problem to have. You have a win then two Australia players coming back into the fold,” Handscomb said. “I’m sure all the right protocols are happening [with Pucovski] and when he’s ready to go, he’ll be out there.”

NSW coach Phil Jaques indicated allrounder Moises Henriques was an unlikely starter in the next Shield match. Jaques praised the venue-record stand of 261 runs between Harris and Handscomb, while lamenting his own charges’ batting.

“We were on the wrong end of a pretty good partnership between two pretty good players at the top of their game,” former Test opener Jaques said. “I know they’re hurting. We’ll bounce back really quickly…we’ll be looking to try to get some revenge on them next week.” 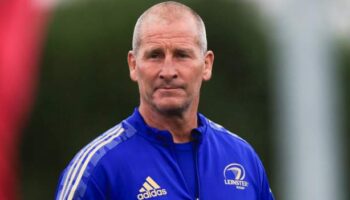