Both teams are coming off a lean trot in T20Is, but the visitors like the format, while the hosts don’t

Afghanistan will be happy with action shifting to the two-match T20I series that begins in Dhaka on Thursday, but Bangladesh might feel differently; they have started to dread the format in recent times. Bangladesh have lost their last eight T20Is, and although Afghanistan didn’t cover themselves in glory in the T20 World Cup last year, everyone agrees that they love T20s, and they have the personnel for it.

This time, Afghanistan have a new-look side after dropping a number of senior cricketers, most notably, Mohammad Shahzad, Gulbadin Naib, Hamid Hassan and Hashmatullah Shahidi. They have made way for, among others, Darwish Rasooli, Azmatullah Omarzai and Nijat Masood. Asghar Afghan has also retired, which leaves more responsibility on the shoulders of senior pros Mohammad Nabi and Najibullah Zadran.

With Naveen-ul-Haq also absent, they will also have a new-look pace attack, with Karim Janat and Omarzai in the mix as the allrounders. Their main strength, as always, will be the spin trio of Rashid Khan, Nabi and Mujeeb Ur Rahman, and now they also have Qais Ahmad, who did well in the BPL.

Bangladesh have returned to some of their T20 World Cup players, including Litton Das and Shakib Al Hasan. While Shakib was out with an injury recently, Litton was dropped after the World Cup, perhaps unfairly. They will still be without Mushfiqur Rahim though, who’s out of at least the first match with a “contusion of the right thumb”. “He will be under observation of the medical team and will be assessed on Friday before a decision is made regarding his availability for the second and final match of the series,” as per a BCB statement.*

The selectors have included Munim Shahriar, the big-hitting opener who made a good first impression in this season’s BPL.

But getting rid of Shamim Hossain and Nurul Hasan does seem hasty, given that they were growing into the finishers’ role. That will now go back to Mahmudullah, who would expect Yasir Ali and Afif Hossain to help him out in the last few overs.

How Bangladesh shape their pace attack might be interesting too. They may want to look at Taskin Ahmed and Shoriful Islam up front, with Mustafizur Rahman the floater, so to say, to attack Rahmanullah Gurbaz, but that could be at the cost of an extra batter.

The big-hitting Rahmanullah Gurbaz struck his third ODI hundred earlier this week. Gurbaz’s 180.51 strike rate in this season’s PSL adds to Afghanistan’s top-order firepower that already includes Hazratullah Zazai and newcomer Rasooli. Gurbaz prefers to hit the ball down the ground but he has also shown his willingness to launch into pull shots and the square cut.

Shakib and Litton will slot into the XI, while Shahriar could make his international debut. Mushfiqur Rahim picked up a finger injury during training on Wednesday and will miss the match. Nurul Hasan* was added to the squad overnight and could come in straightaway.

Rasooli and Omarzai could make their T20I debuts looking at how Afghanistan have been looking at making changes and giving their team a fresh look.

It will be interesting to see if the Shere Bangla National Stadium’s curator Gamini Silva avoids laying out a turner, something he is used to doing even for T20s. Chattogram had a grassy pitch that worked against the Afghanistan spinners, so Dhaka could also go that way. Dry weather is forecast.

* 5.30GMT, March 3: The preview has been updated to reflect Mushfiqur Rahim’s unavailability 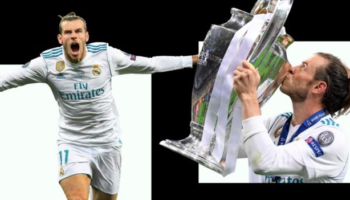