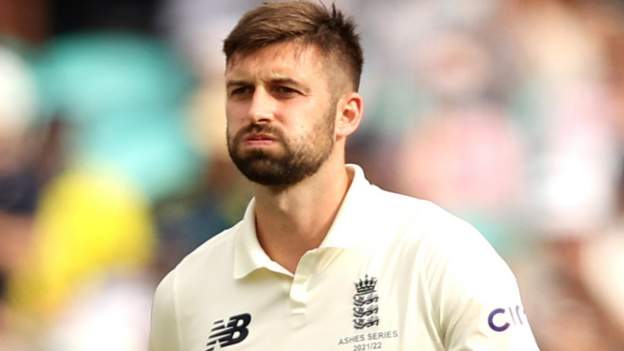 England fast bowler Mark Wood has been ruled out of the remainder of the West Indies tour and the Indian Premier League with a right elbow injury.

The 32-year-old began struggling with the injury on the third day of the drawn first Test in Antigua.

Scans have confirmed a problem and he will return home next week for “a specialist opinion regarding the management of his injury”.

Wood was due to play for the Lucknow Super Giants in the IPL.

He will take an indefinite break from cricket while waiting for the elbow specialist’s opinion.

England will decide later if a replacement will be called up for the third Test, which takes place in Grenada from 24-28 March.

Wood was selected for the first Test of the series but was only able to bowl 17 overs before he began to feel pain on the third day.

He bowled in the nets at the start of the final day’s play but suffered “acute pain” and did not feature.

He was replaced by Saqib Mahmood for the second Test, which began on Wednesday.

Wood has struggled with injury in the past but played in four of the five Ashes Tests in Australia in the winter.

One of England’s quickest bowlers, he also featured for the white-ball side in the T20 World Cup and the T20 tour of South Africa.

England are in a commanding position in the second Test as they begin day three with a first-innings lead of 436 over West Indies.

Nazanin Zaghari-Ratcliffe says Iran made her…

Nazanin Zaghari-Ratcliffe says Iran made her confess as condition of