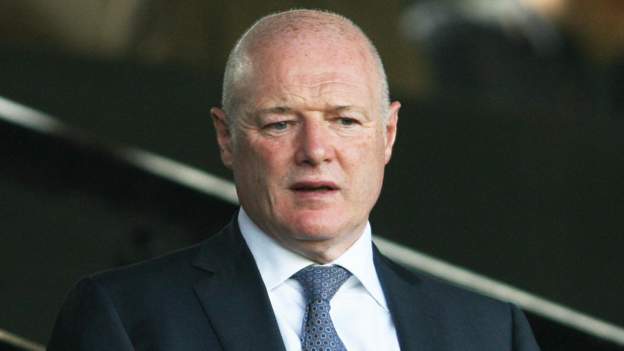 The club’s owner Farhad Moshiri is known to be open to investment options around the funding of the new stadium.

However he has not ruled out selling equity stakes in the club.

Now a director of football consultancy business Opto Advisers, Kenyon has worked on several deals in recent years and was linked with a bid for Newcastle United before their Saudi takeover.

The group led by the former Chelsea chief is understood to include wealthy US-based businessmen Maciek Kaminski and John Thornton.

As first reported by the Telegraph, talks are still at an early stage.

Last week Moshiri apologised to the club’s fans for mistakes made during a “challenging” season that nearly led to relegation from the Premier League.

Moshiri also reaffirmed his commitment to deliver a “fully funded” £500m stadium at Bramley Moore Dock, which is currently under construction, while pledging to avoid the mistakes in the transfer market that led to Everton posting combined losses of £372m over three seasons.

Moshiri has pumped more than £600m into the club since he first bought shares in Everton in 2016. He increased his stake in the club to 94.1% in January.

Last season Everton suspended their lucrative sponsorship deals with Russian companies USM, Megafon and Yota, who are all owned or part-owned by billionaire Alisher Usmanov, a close business partner with Moshiri.

Russian businessman Usmanov had his assets frozen by the European Union following the invasion of Ukraine.

Everton, Kenyon and a spokesman for Moshiri declined to comment when approached by the BBC.

The Toffees faced a relegation battle last season under Frank Lampard, the former Chelsea midfielder who succeeded Rafael Benitez as manager in February.

They were only assured of survival after winning their penultimate match of the campaign, eventually finishing 16th and four points clear of the drop.

Moshiri and chairman Bill Kenwright have received criticism from fans over how the club is run, including the unpopular appointment of former Liverpool manager Benitez last summer.

Wimbledon: Watch Nick Kyrgios hit back at Stefanos Tsitsipas for