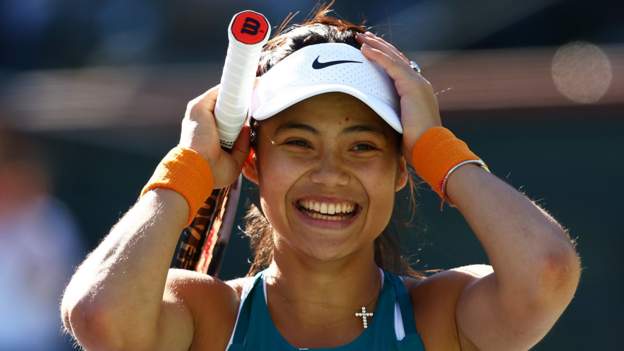 Emma Raducanu overcame Caroline Garcia of France 6-1 3-6 6-1 at Indian Wells to make it through to the third round.

The 19-year-old British number one raced into a 3-0 lead and, after saving four break points in the fifth game, impressively took the first set.

Garcia was more of a threat in the second set and broke Raducanu three times on the way to levelling.

In the decider, Raducanu again went 3-0 up and was more convincing on her serve as she went on to secure victory.

The US Open champion will play world number 79 Petra Martic of Croatia in the next round.

“I thought the level of tennis was pretty high and it means a lot to have just come through that. It could have gone either way,” said Raducanu, who is 13th in the world rankings.

“She plays extremely powerful and fast so as soon as I let up in the second set she climbed on top of it straight away.

“I knew I had to make some adjustments in the third set so I’m really happy that I was able to work that out in the match and come through a tough one.”

R. Kelly given 30 years in jail in sex abuse