AEW star Bryan Danielson and AEW announcer Justin Roberts did a reenactment of their infamous “tie choke” moment from their days in WWE.

On the June 7, 2010 episode of WWE RAW, Roberts was attacked by the rookie Superstars who had competed in the first season of NXT. During the segment, Roberts was strangled with his own tie by Danielson, which led to Danielson’s release, as WWE felt the incident was too violent for their TV-PG programming. WWE rehired Danielson two months later for the SummerSlam pay-per-view.

As seen in the photo and video below, Danielson and Roberts reenacted the moment after this week’s AEW Dynamite went off the air.

Danielson vs. Miro is now official for the upcoming AEW Full Gear pay-per-view. Miro defeated Orange Cassidy on Dynamite to move to the finals of the World Title Eliminator Tournament. The winner will receive a future shot at the AEW World Title. 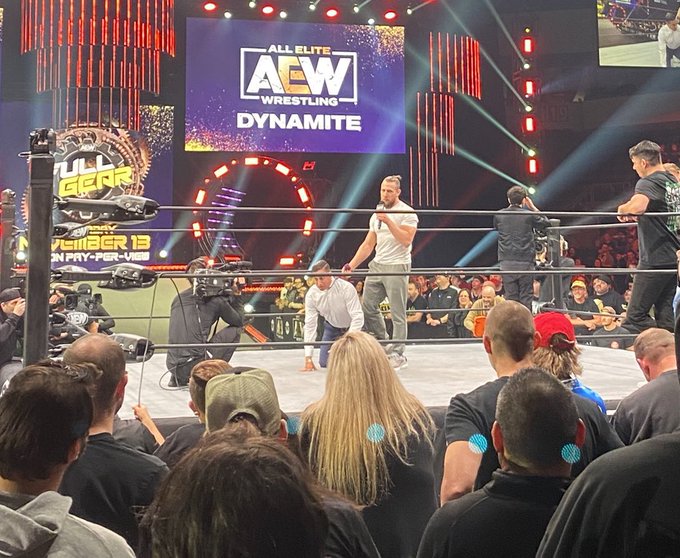 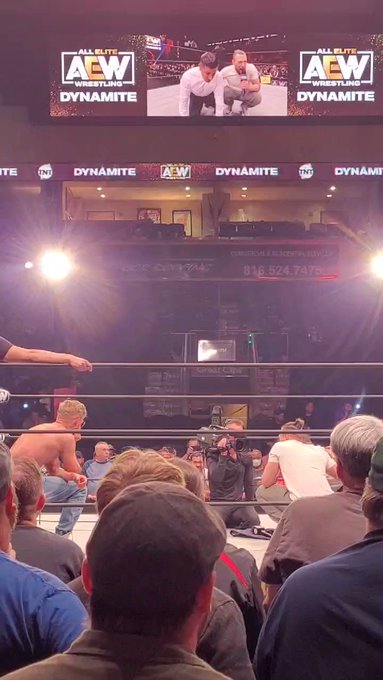