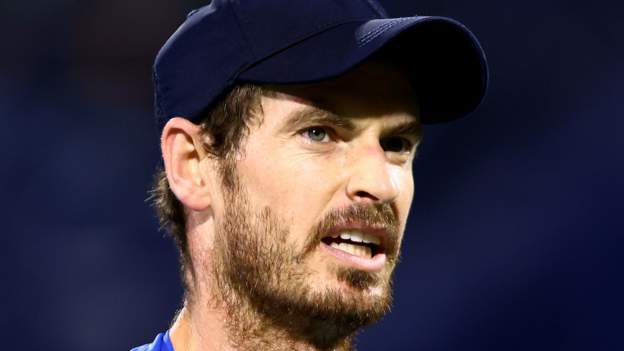 Andy Murray says watching images of children suffering in Ukraine prompted him to donate his prize money for the rest of the year to those in need.

The British former world number one is working with Unicef to provide medical supplies and development kits.

Russia’s attack on Ukraine has so far seen more than two million people flee the country.

“The stories, the footage, the images that everyone around the world has seen have been brutal,” said Murray, 34.

“I can’t imagine what it must be like having to live through that. I obviously have children myself, and when I see kids suffering, I find that especially difficult to watch.”

Murray, who is an ambassador for Unicef UK, told BBC Sport: “You feel kind of helpless, but that’s the best way that I can help – to draw attention to it, and to try and raise as much money as I can. Hopefully that will help kids with their education and getting clean water and psychological support.”

On whether Russians should compete

Tennis has responded to the invasion by banning Russia and Belarus from international team competitions such as the Davis Cup and Billie Jean King Cup.

Players from the two countries are no longer able to play under their own flags, but are still free to compete as individuals.

Murray said it was a “really difficult question” whether players from the two countries should be allowed to compete at all.

“I have actually had a few discussions about that with various people the last couple of days, and I would say the general feeling just now is that the individual athletes haven’t done anything wrong,” he continued.

“But banning them from the team competitions, to me, that makes sense.

“I don’t know how I would feel about tennis making that decision to stop individuals from competing. I don’t know if the tours would be sued if that was the case, or tournaments would be sued by those players, so I think that’s more a decision for governments to make.”

‘Happy to be back with Lendl’

Murray was speaking before the BNP Paribas Open, which begins in Indian Wells, California, on Wednesday.

The world number 88, who will face a qualifier in the first round, is competing without a coach but that will change when Ivan Lendl returns to his team next month.

They will spend several weeks training together in the United States after this month’s Miami Masters, as Murray has decided to skip the clay court season which runs from April to early June.

“We always maintained a good relationship and I’m more than happy going back to working with people I’ve used in the past,” Murray said of the man with whom he won two Wimbledon titles, the 2012 US Open and two Olympic gold medals.

“I had my most success with Ivan – it’s fantastic that he has agreed to work with me.

“I know a lot of people had probably lost belief in me and what I can do, so for him to still believe that I can achieve great results helps me a lot with my confidence.”

Women’s Football Show: Are Manchester City getting back to their